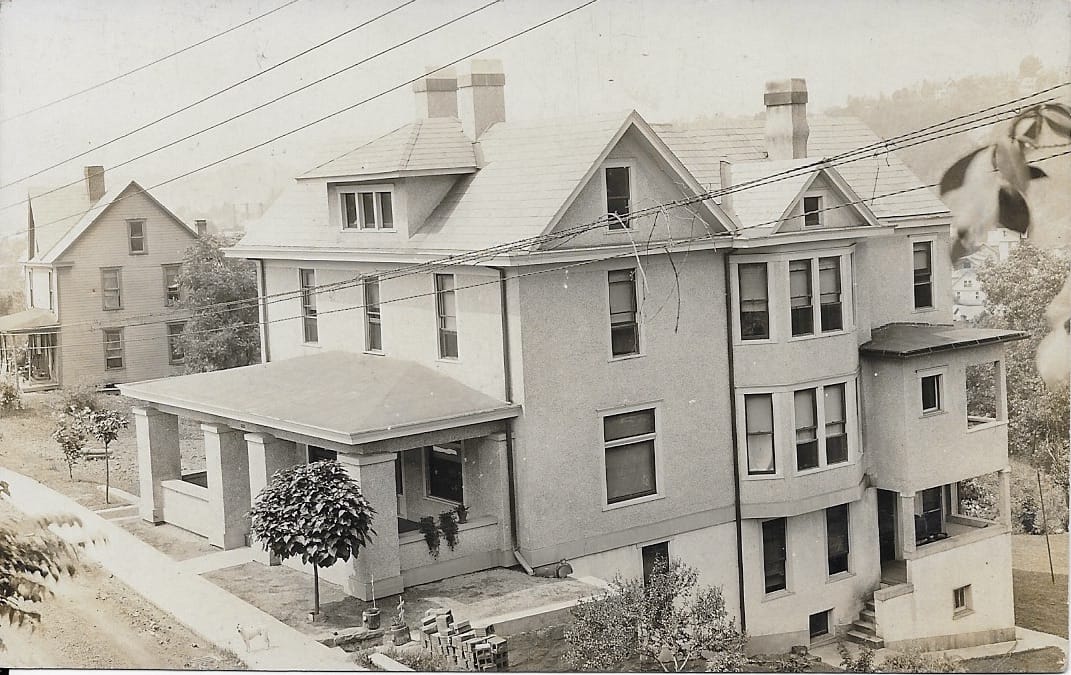 John Edwards, a former slave in Virginia, made his way up north to the hills of West Virginia by way of the Union Army. After serving in the Civil War, he decided to permanently relocate to Morgantown at the age of 25 where he founded Morgantown's first water delivery service. For almost 25 years Edwards delivered fresh water to the residents of Morgantown using a mule-driven cart. Water from the Monongahela River cost 10 cents a barrel and water from Deckers Creek was sold for 15 cents a barrel.

Edwards water business quickly became a success as more people moved into the area and the demand for fresh water increased. Requiring more workers he recruited his cousins, the Marshalls, from Virginia to help out. He was able to purchase a large tract of land in Greenmont off of White Avenue and build a house. This is also where many of his cousins also built homes and the African American community on White Avenue was formed. John had five sons and three daughters and when the city of Morgantown eventually put him out of business in 1885 with the development of a public water works, John's son, James Arthur continued the family's entrepreneurial spirit by starting another business.

James adapted the hauling service from water delivery to garbage disposal. James Edwards took his fathers now defunct business and founded Morgantown's first garbage hauling business. He built a large house at the turn of the century next to his father's residence on White Avenue that still stands today.

For over thirty years James collected garbage in both Morgantown and Westover for businesses and private homes. Despite his hard work, JAG Edwards Garbage met the same fate as his father's business and he too was put out of work when the assumed responsibility for garbage service.

Yet the influence of the Edwards family on Morgantown and especially for the African American community continued. With public schools segregated and the African American population growing, the city of Morgantown no longer had adequate sized buildings for African American schools. Perhaps in an effort to mend ties with James Edwards after his loss of income, the Morgantown Board of Education asked James if they could utilize his home for instructing black school children in grades 1 through 12. James readily agreed and was paid $112 a month for the use of his home. (Textbooks and small chalkboards were found in the attic of the home during its most recent restoration). Sadly this financial gain was also short lived with the construction of the Second Ward Annex or Second Ward Negro Elementary School 5 years later. Today the James Edwards home still stands as a former relic of an ambitious and driven African American family, determined to succeed in a time of adversity. Over the years the home was separated into 7 apartments, but aspects of the original furnishings and design remain very much intact. On the first and second floors, each apartment features incredibly ornate fireplaces that have been tastefully restored. The woodwork on the main floor is in original form and the oak floors have also been refinished. See RENTALS for more photos. The home should be considered for the National Historic Register since it served not only as schoolhouse during segregation, but also a the residence for one of Morgantown's prominent African American entrepreneurs. The story of the Edwards family serves to illustrate the transition from slavery to freedom and the hard work that provided Morgantown with basic necessities in it's formative years.