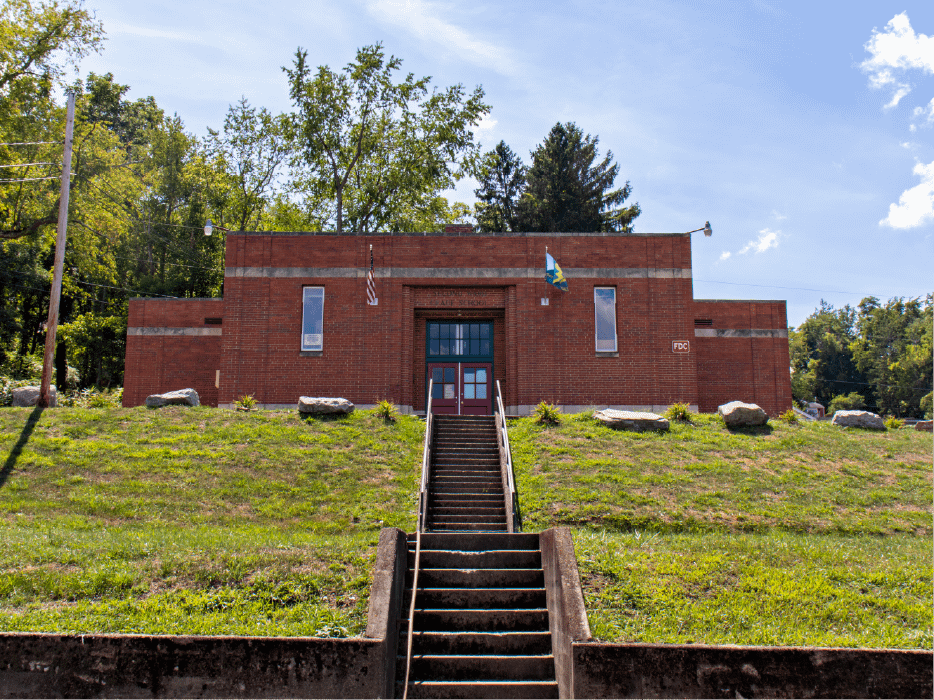 The Second Ward Annex or Second Ward Negro School was built in 1938-39 on White Ave. The plot of land was selected as an appropriate site because it was located in the heart of an African American community and directly across the street from 501 White Ave where the Morgantown School was leasing space for instruction. The School was built with a grant for $1,034.284.31 from the Works Progress Administration in 1938 intended for the construction of 21 schools in the area. The firm of Tucker and Silling was the architect for all of these projects. With the completion of the schools Lady Eleanor Roosevelt visited Morgantown High Auditorium (also paid for through the grant) to dedicate them.

The school opened it doors for the 1939-40 school year. at the time there were a recorded 470 African American students in Monongalia county. 30 of these student would attend the Second Ward Annex. Though the schools all had the same curriculum the schools slated for children of color rarely got the same resources or level of instruction and the textbooks received were those previously used by the white students. The African American community of White Avenue raised funds for textbooks and the school grounds. The PTA helped purchase playground equipment, replaced the wooden stairs with concrete stairs and helped pay for the wall added at the base of the school in the 1940s.

At the end of segregation in 1955 the school was temporarily closed. It reopened in the 1960s to serve as additional classrooms for the Second Ward Elementary School located on Wilson Avenue. Due to consolidation the school permanently closed its doors in 1993. It was briefly used as a community center, then a meeting place until it was purchased in 2011 for redevelopment. Today the building houses 7 apartments. The outer facade of the building has been carefully considered during the process and the overall integrity of the building remains intact. The original merry-go-round has been restored and the monkey bars still stand at the front of the school. See RENTALS for more photos.